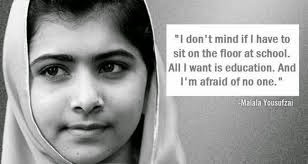 Women United for Public Education is a group that is interested in promoting the role women play in education as well as the fight for public education and its true purpose.

As we reflect on what has occurred the past two years and envision what is to come in 2015 we would like to recognize a few categories of people and organizations that have stood out for us.  Although we are a newer group, we have been lurking and checking out the power of many women in our movement that are demanding strong public education for all and refuse to placate to the false narrative that is spun by the wealthy.

We start with education bloggers because we know the strength of a well written blog and have witnessed the power that such pieces can wield, more so than main-stream media.   We were impressed by the work of Jennifer Berkshire (Edushyster) this year.  Her wit and humor is wielded as the sharpest of weapons against corporate reform.    You can find her blog here http://edushyster.com/   We also enjoy the work of NYC Parent advocate Leonie Haimson.  Leonie writes citing research and backs up everything she says with the power of peer reviewed research.    Her blog can be found at http://nycpublicschoolparents.blogspot.com/   Finally, we noticed this amazing young lady on twitter the other day, Melissa Katz.  We examined her blog and it is powerful because she is an education student and a sound blogger  http://theeducationactivist.blogspot.com/

Next we want to recognize individual teachers who are standing up this year and refusing to give tests that harm our children (especially our younger children).   A true hats off to Peggy Robertson, Ceresta Smith, Susan Bowles, Karen Henderson, and Nikki Jones.   From Colorado to Florida, to Oklahoma, these brave women are standing up for kids and true education.  We hope that many teachers join them in 2015 by refusing to let testing define education.

The next category was tough.  We scoured twitter and Facebook sites for our top parent activists.   There were so many but we have it narrowed down to LI OPT OUT Jeanette Deutermann who led the largest opt out movement in the country (60,000 test refusals in NYS).  Karran Harper Royal of New Orleans who is a powerhouse behind exposing the post-Katrina charter school system that  is failing the children of New Orleans.   Finally, Zakiyah Ansari, an outspoken advocate for public schools in New York City.   She was selected to be on Mayor De Blasio’s transition team and was an outspoken advocate against the devastating era of Bloomberg in NYC.

Great education activist organizations still continue to expose the corporate reform rhetoric with strong facts and research, all led by strong women, have sprung  into action.  A huge hats off to the women leading United Opt Out, Parents Across America, and The Badass Teachers Association.  Behind the scenes we have seen these women writing, tweeting, blogging, organizing protests, and taking to the airwaves to dispel the false rhetoric of the corporate education reformers.

Book writing against corporate education reform has been powerful in the last few years.   Diane Ravitch's Reign of Error is a valued resource for many education activists.   We particularly enjoyed
Mercedes Schneider  A Chronicle of Echoes: Who's Who in the Implosion of American Public Education.  Written in 2012, but we feel a missed opportunity by many, was Lois Weiner’s The Future of Our Schools: Teachers Unions and Social Justice.  All three are strong and powerful books that highlight our fight to save our public schools and harness the need for equitable funding .

Although not many politicians on either side of the aisle fought for public education and equitable funding, three women stand out as warriors for public school children, their parents, and teachers.  Elizabeth Warren, Gloria Johnson of Tennessee (who sadly lost in re-election), and Glenda Ritz who is Superintendent of Education in Indiana (and fighting Rick Snyder a corporate hack governor  attempting to strip her of her power to run the DOE) are all women fighting for strong public education at the federal, state, and local levels.

What would 2015 be without strong women leading our unions?  Barbara Madeloni was elected Massachusetts Teachers Association president and has already led that association in strong initiatives.  Lily Eskelsen was elected the new NEA president and has shown early promise with articles geared towards reduced testing and strong teacher due process rights.   Of course no union leadership could be spoken about without mentioning the name of Karen Lewis.  Karen had to step down due to illness from leading The Chicago Teachers Union but we look forward to her return to education activism in the near future.

When we made our list of journalists we didn’t want to go with the “famous” names so we found some real strong local journalists who were writing the truth about what was really going on in education reform.  A huge tip of the ink quill to Long Island Press reporter Jaime Franchi, The Philadelphia Education Examiner reporter Tamara Anderson, and Twin Cities Daily Planet investigative journalist Sarah Lahm.  Google them and read some of their fine work in framing the truth about corporate education reform and putting a spotlight onto what is really happening in their regions.

We have saved the best for last – our teachers.  We give a huge shout out to these individual teachers who stood up for kids in the public arena.  Michelle Gunderson of Chicago was outspoken during the testing boycotts by teachers in Chicago this past year.  Melissa Tomlinson asked her governor one simple question, “why do you call our schools failing?” which led to a public temper tantrum by Governor Christie but  heralded Tomlinson into the national spotlight as a heroine to all teachers.  Finally, Neshellda Johnson, a teacher in Memphis, Tennessee who is fighting the charterization of her district got up and gave a powerful truth-filled speech that no Board of Education could ignore (google her name and watch the video).

We are proud that we could harness such a strong list of women who are united in their cause to save public education, a fight for equitable and fair funding of our public schools, and a group not afraid to raise their voice in truth and power for the children of this country.